Fairhurst requires the following personnel for their Inverness Office:
Trainee Civil Engineering Technician
Duties will include the following while working within and part of a small design team:
Qualifications Required:
We offer a variety of employee benefits.
Applications and CVs should be sent, in confidence, to: Fairhurst Etive House, Beechwood Business Park, Inverness, IV2 3BW or Email: inverness@fairhurst.co.uk
Fairhurst are an Equal Opportunities Employer www.fairhurst.co.uk
Closing Date for Applications: 7th June 2022

Congratulations to all of our S1 & S2 pupils who received their John Muir awards following their residential @ Outward Bound Loch Eil. 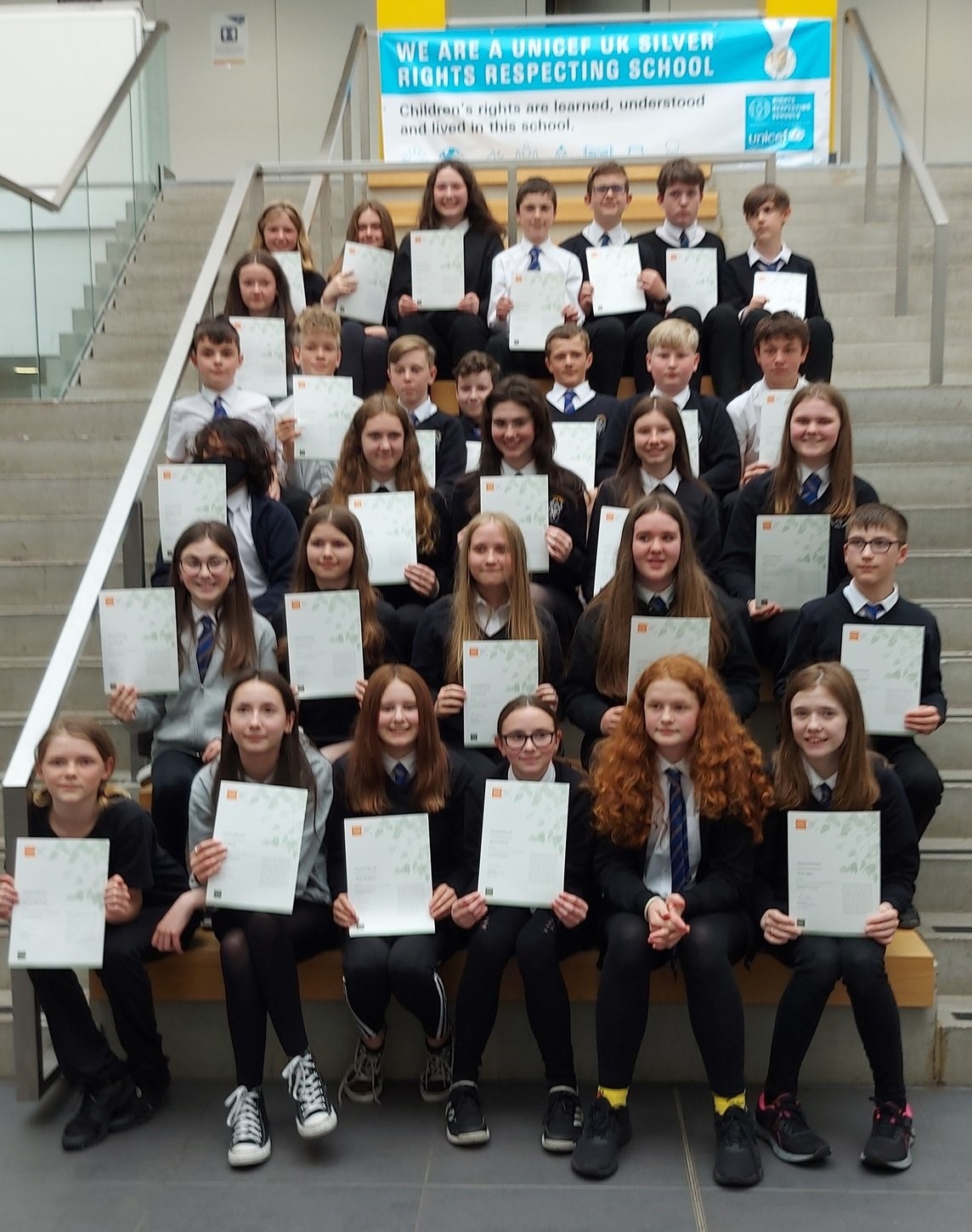 We have now started issuing new replacement chromebooks to pupils starting with new S2. We will continue this tomorrow.

All NEW S2 pupils in the following housegroups should please remember to bring their chromebooks complete with chargers to school tomorrow so they can be issued with a new one.

Pupils in 2N1, 2N2, 2S1, 2S2, 2W1 and 2W2 should come to the office tomorrow during the times advertised in the daily notices (read out during registration) to do the swap.

Congratulations to Rory Urquhart, who competed in the Scottish Disability Sport Swimming Championship at the weekend, where he won Gold medals in the 25m backstroke and 25m breaststroke.
Well done Rory!

Please see below information about how we are marking the Queen’s Platinum Jubilee.

In March, pupils at Inverness Royal Academy took part in an art workshop with local artist Izzy Thomson as part of the River of Hope Project.

The River of Hope is a project run by the Thames Festival Trust, who organise a programme of heritage and education work, including the arts education projects Rivers of the World and The Story of Water, delivered in partnership with the British Council.

This year, the work of The River of Hope project will be part of the Queen’s Platinum Jubilee celebrations.

Local artist Izzy Thomson – based at the WASPS Inverness Creative Academy at Midmills – worked with our pupils, assisting them to create individual pieces of work which formed part of a collaborative artwork that she put together. 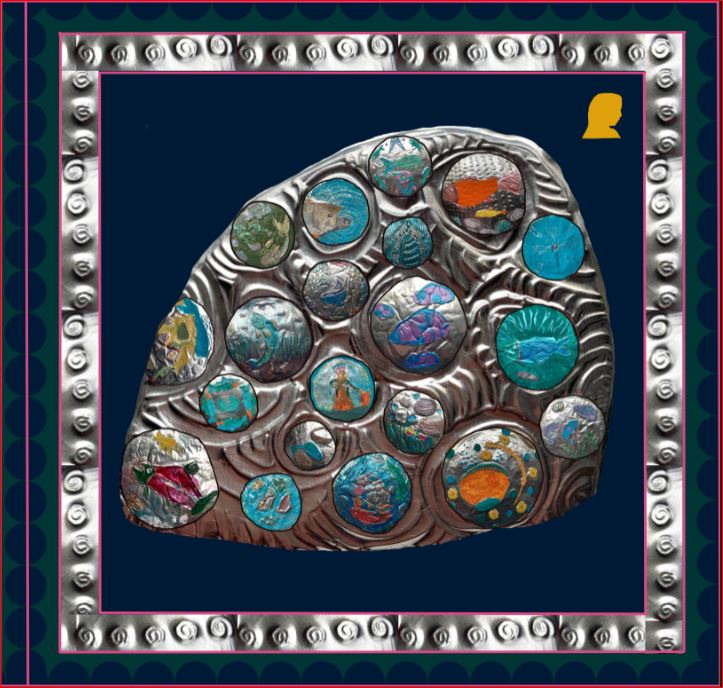 The collaborative artwork (attached) was then transferred onto a silk flag, which will be paraded as part of the procession for the Queen’s Platinum Jubilee in London on June 5th.

Inverness Royal Academy was one of six Highland schools involved in this project.

The River of Hope is an international project, there is the opportunity & potential to develop curricular links with the school that we have been partnered with.  Inverness Royal Academy has been partnered with Govt. Practicing GHSS, Township Lahore in Pakistan.

The artists working with schools were all given a very specific brief to design a flag with the layout of a stamp design; square, with a ‘perforated edge’ pattern and a profile in the top corner.

Inverness Royal Academy chose to include the profile of a pupil who had sadly passed away in the early part of 2022 called Sarah Adams.

Guidance staff kindly got in touch with Sarah’s parents to seek their permission; they were very moved & honoured by the suggestion and agreed.

When the artist Izzy sent the school a graphic of the flag design, she included a rather beautiful comment:

“It has been very moving making your flag, especially as your theme was “Life cycle of a pearl mussel”. I kept thinking of Sarah as a beautiful pearl.”

The next Parent Council meeting will take place 7.00-8.30pm on Tue 31st May at the school. This is the first meeting in over 2 years to take place in person, with an online link for anyone who wishes to join remotely. All parents/carers are invited to join and it’s a great opportunity to visit the school building after a long break.

The meeting will include an update from Rector Nigel Engstrand, future priorities for the Parent Council and an opportunity for questions and discussion.

Link to the agenda: 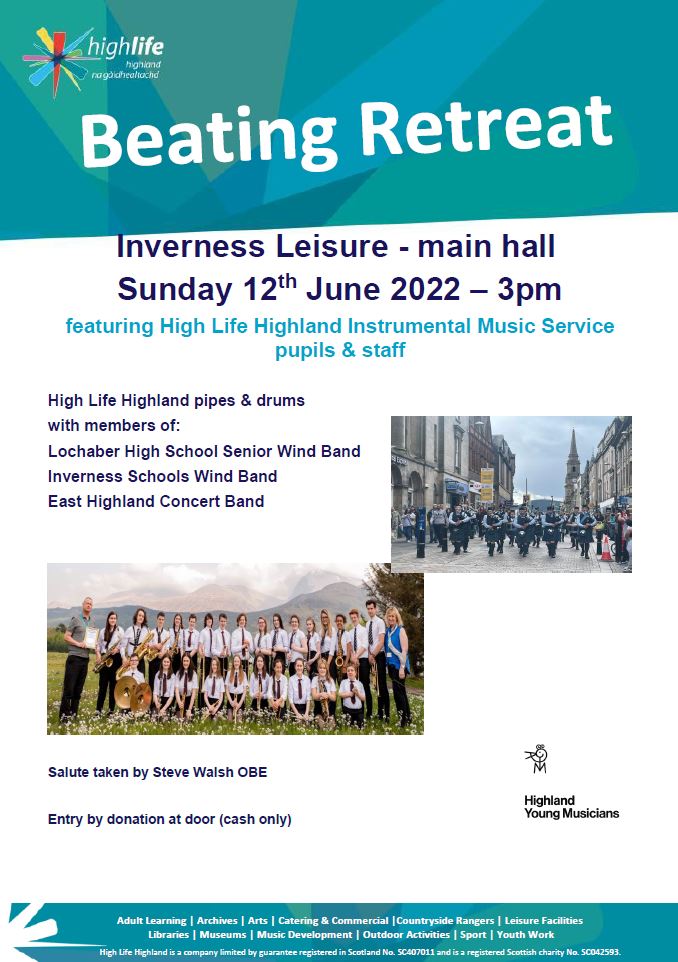 All S4 and S5 should be returning to school on Monday 30th May with the exception of those who still have exams. Pupils in S4 (new S5) should go to their usual registration rooms where they will get their timetables for 2022-23. Pupils in S5 (new S6) will have new registration classes so you should check the lists in the main atrium and at the entrances to find your registration room and teacher. Once in registration you will get your timetable for the new session. New S6 registration classes are listed below.
G3 are with Mrs McPhee in 232
L3 are with Ms Kish in 112
N3 are with Mr Kemp in 115
S3 are with Mrs Quinn in 301C
W3 are with Mrs Stirling in 206
Highland Council are issuing all pupils with new chromebooks. We are starting the rollout on Monday with pupils in NEW 2G1 and 2G2. Can pupils in these registration groups please make sure they take their existing chromebooks along with chargers to school on Monday so we can exchange them.
Pupils in these groups ONLY should come to the office on Monday during periods 4 or 5 to collect a new one.

S3 reports are in the process of being emailed to pupils in S3 today. Pupils will receive a digital report via their gmail school account.  Please ask your child to share their report with you and discuss their progress.

The level means the BGE level your child is currently working within.  In S3 we would expect pupils to have achieved at least level 3 and be working at level 4.

We have moved to a more efficient digital reporting system.

If you have concerns about your child’s progress please contact their Guidance Teacher by email/phone.